When we hear the name Alexander Graham Bell, many of us think – “the man who invented the telephone;” “the man behind the Bell Telephone Company.” And most of us likely think of Alexander as an American or a Scot or perhaps a Brit. In fact he was born in Scotland on March 3, 1847 and spent time in the US, but it was Canada where his heart and mind soared.

Alexander was many things: an inventor, an innovator, a visionary. And much of what he accomplished, he did so in Canada – in a beautiful rural location found in Baddeck, Nova Scotia, Canada. He spent most of the last thirty years of his life in Baddeck at his estate and research campus called Beinn Bhreagh.  He and his wife Mabel rest peacefully there to this day.

It was the death of Alexander’s two brothers from tuberculosis that led his father to discover a healthier environment for his family. In July, 1870, the family settled in Brantford, Ontario, Canada. There, Alexander set up a workshop to continue his study of the human voice and from there, he discovered his beloved Baddeck in Nova Scotia. The site was to become his home for the rest of his life.

Alexander the Speech Therapist and Teacher of the Deaf

Bell focused his early years teaching hearing-impaired children. His attention to sound and experimentation with it sparked his curiosity, ultimately leading to his approach for inventing the telephone. Both his father and grandfather were experts on the mechanics of voice and elocution. And both his mother and wife were deaf.

Bell actually spent his life studying the physiology of speech; he once said that “to ask the value of speech is like asking the value of life.” After emigrating from England to Canada in 1870 and to the United States a year later, Bell began to teach speech to deaf students using a universal alphabet invented by his father called “Visible Speech.” In 1872 he opened a school in Boston to train teachers of deaf children.

Alexander the Innovator and Inventor

Alexander had a unique approach to solving problems. In the case of the telephone, it was his intimate knowledge of the human ear and the properties of hearing and speaking that ultimately led to his discovery. In Brantford, Ontario, Canada in his special “dreaming place,” he contemplated what would become one of his greatest accomplishments. On March 7, 1876 a patent was filed for the “electric speaking telephone” and rest as we know – is history. Few other inventions have transformed the world more than the telephone. It is the heart of the telecommunications industry, and remains one of the greatest inventions of all time.

“Had I known more about electricity and less about sound I would never have invented the telephone.” — Alexander Graham Bell

But it was his work at Beinn Bhreagh in Baddeck, Nova Scotia that truly opened up his world of innovation and discovery. It was here that Bell and his associates and staff conducted experiments in many areas of science and technology. It ultimately became one of the most important sites for two kinds of technological invention that gripped the world’s attention: the quest for human controlled flight and the pursuit of high speed water transportation. It was his work with aviation and hydrofoils that garnered most attention and ultimately presented the universal model for utilizing research teams, groups of like-minded individuals sharing a vision that was to be replicated worldwide. And it all started with Alexander.

Alexander worked with rockets, propellers, kite forms of noted kite pioneers, leading to the development of his tetrahedral “Unit Cell.” Tetrahedral cells were used to build huge compound kit structures; kites with enough lift to sustain a person in a controlled flight were built and tested. Four patents were achieved for the innovative design, construction and connection of tetrahedral celled units. Several key publications on tethered aircraft and the principles of flight, particularly the force of lift, were developed by Bell and prominently featured in major publications.

It encompassed the work with biplane aircraft and their unique features as developed and applied by Bell and the members of the Aerial Experiment Association (AEA). Several world firsts were achieved in this area of technology including the application of wing-tip ailerons for lateral control, the first use of tricycle landing gear, doping of fabric wing covering to increase the lift of airfoils, and the first attempt at water takeoff of an airplane. One patent was awarded to Bell and several to the members of the AEA for their work with bi-plane aircraft.

Hydro-lifting was the mechanism that assisted aircraft to break free from the surface tension of water with stepped hull surfaces on a float or boat bottom. The development of hydrofoil equipped watercraft to lift the boat hull out of the water, thereby greatly reducing hull drag and providing corresponding increases in speed and fuel efficiency. World speed records were set and major design principles for hydrodynamics, the study of liquids in motion and the effects of liquids on a body in motion were advanced. Another series of patents were awarded to Bell and F.W. Baldwin for these innovations developed at Beinn Bhreagh.

In 1909, a group of like-minded innovators led by Alexander Graham Bell built an aircraft called the Silver Dart; it was the first ever powered aircraft to fly in Canada. Glenn Curtis, Thomas Baldwin, Frederick Baldwin and John McCurdy formed a team that worked as a team to accomplish this great feat. Learn more about Alexander Graham Bell and his impact on Aviation.

Industry and Employment in Scientific and Technical Ventures 1900 – 1920

From the construction of his first workshop building at Beinn Bhreagh, Bell’s activities were the source of employment for hundreds of people from the Baddeck community, ultimately feeding the economic engine of Baddeck and surrounding areas. From secretarial staff positions to the large aeronautical and hydro dynamics projects, many were employed at the Bell Laboratory. In response to the events of World War 1, the lab and workshops were converted to a factory to build lifeboats and Captains’ Gigs for the Royal Navy and Canadian Navy. Both Alexander and Mabel were nimble and resourceful, responding to the world, and doing their part to make it a better place. 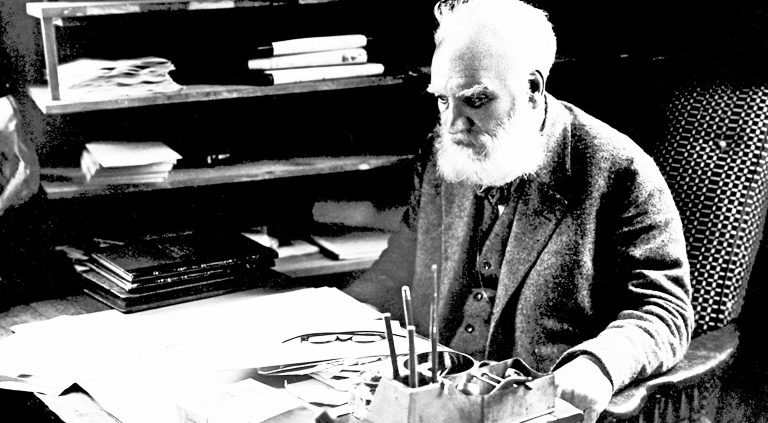 Perhaps above all other factors, it was the character of Alexander Graham Bell that set him apart. He was never satisfied to remain in one place; he truly believed we needed to collectively search for ways to make the world a better place. He was a kind and generous man, respected by all that worked alongside him in pursuit of common dreams. It was how he lived his life – on a quest to make the world a better place – and Alexander – you did.

Upon his death in 1922, a telegram was sent to his wife from Warren G. Harding, twenty-ninth president of the United States:

“The announcement of your eminent husband’s death comes as a great shock to me.  In common with all his countrymen, I have learned to revere him as one of the great benefactors of the race, and one of the foremost Americans of all generations.  He will be mourned and honoured by humankind everywhere as one who served it greatly, untiringly and usefully.” — (Reluctant Genius, Charlotte Gray, Harper Collins, 2006)